Persistence and a lot of love 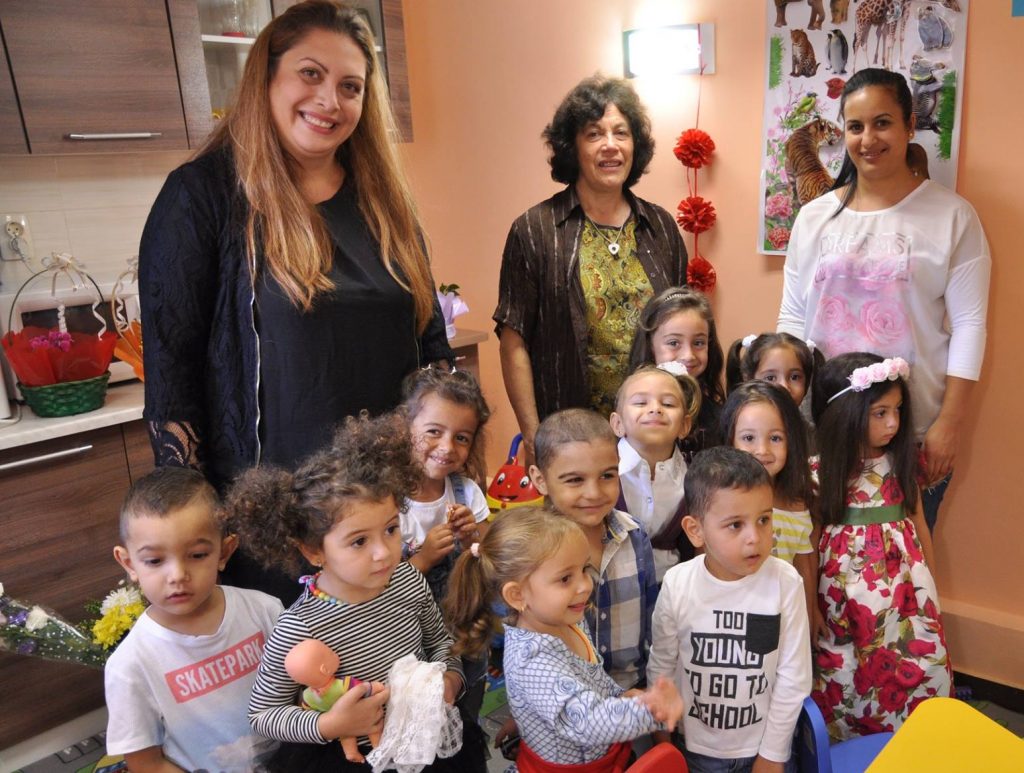 Reni is not quite four years old and comes from a local family close to the kindergarten in Fakulteta. Her 13 year old brother has autism. Reni struggled with her new environment at the kindergarten. She wouldn’t even talk to the other children, let alone the staff and was aggressive and uncooperative and seemed be displaying similar behaviour to her brother. The staff encouraged the parents to continue bringing Reni to the kindergarten. What chance would she ever have of making the transition to school if they didn’t?

A month of daily consultation followed, with emphasis given to encouraging Reni’s father to persist in sending her to the kindergarten and being involved with her development.

With not a little patience and a lot of love the staff and her parents together successfully encouraged Reni to change her behaviour and she began to join in with general play and learning. Songs and poems played a particularly effective role in Reni’s integration into the group – she loves to perform! Her parents are thrilled with her progress and we are delighted to be able to demonstrate to the local community that time and care can open doors for children that are so often left untried when families are disengaged with the problem. Reni shows all the signs of being successful, and we hope her story will encourage many other local families to make education a priority for their children.