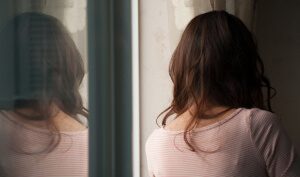 A young House of Opportunity resident was tempted to travel to another country on the vaguest promises of work. Thankfully our team were able to persuade her not to take the risk and she now has a chance to start again and fulfill her dreams of  a normal life.

Valya* grew up in state care in NE Bulgaria after her mother died when she was very young and her violent, abusive father proved to be an unfit parent. After hearing about the House of Opportunity from some friends she grew up in the orphanage with she joined the programme and began her journey to independence.

The team at the House of Opportunity spent a great deal of effort encouraging Valya to finish her education but she failed all her exams. Inconsistency turned out to be a major problem for her in retaining work. In two years she changed seven jobs but she worked during the whole period of her stay in the House. Nevertheless, at the House of Opportunity Valya found not only support from the team, but also a safe family environment, where she was able to experiment and work to achieve her dreams, which were modest – a home and a family.

One day, during a visit to the House by a Border Police Officer to talk about the schemes devised by criminals to ensnare vulnerable young people like our residents, Valya shared that her father was actually a trafficker who used to take people to different countries, and, instead of delivering them a job, he took their money and left them to fend for themselves or sold them on. The Officer revealed that he was involved in the capture and successful prosecution of Valya’s father, who is now in prison.

Not long after, her father’s sister contacted Valya. Her aunt offered her transport to the Czech Republic, accommodation and work. The two had not seen each other for years. Despite her father’s history and all that the team had tried to teach her, Valya decided to trust this family member and leave the House for the vague promises held out by her aunt.

Once learned, the team soon realised that Valya’s plan was built on what was almost certainly a lie – and one that could lead to a life of misery and exploitation. The team tried to convince her that she was at high risk of becoming a victim of human trafficking, but she did not want to hear a word. Despite the advice, she was determined to go.

Valya had to catch a bus in Sofia, and the FSCI team there, acting on a tip from their colleagues, were able to intercept Valya and provide her a place to stay overnight at a local House of Opportunity. They spent almost all night talking to Valya about her trip to the Czech Republic. At first Valya was angry with the team and didn’t want to listen, refusing to accept the likelihood of what lay in wait for her, but she finally calmed down. The next morning, having considered the team’s counsel Valya decided not to go and returned to her home town.

Thanks to the dedication and compassion of our team, we believe that Valya was saved from becoming another victim of human trafficking. Valya has employment, lives close to the House of Opportunity and the support it offers and is learning again that she can trust the family she has there, rather than the idealised family she has out there, somewhere.