It’s not every day an orphan makes it to the National Sports Academy. But that’s where Todor from the House of Opportunity Lyulin is heading this September. “I’m so proud of him,” says Tedi Koleva, FSCI Bulgaria’s Executive Director. “A year ago he hadn’t properly graduated high school. Now he is going to be studying for a degree!” 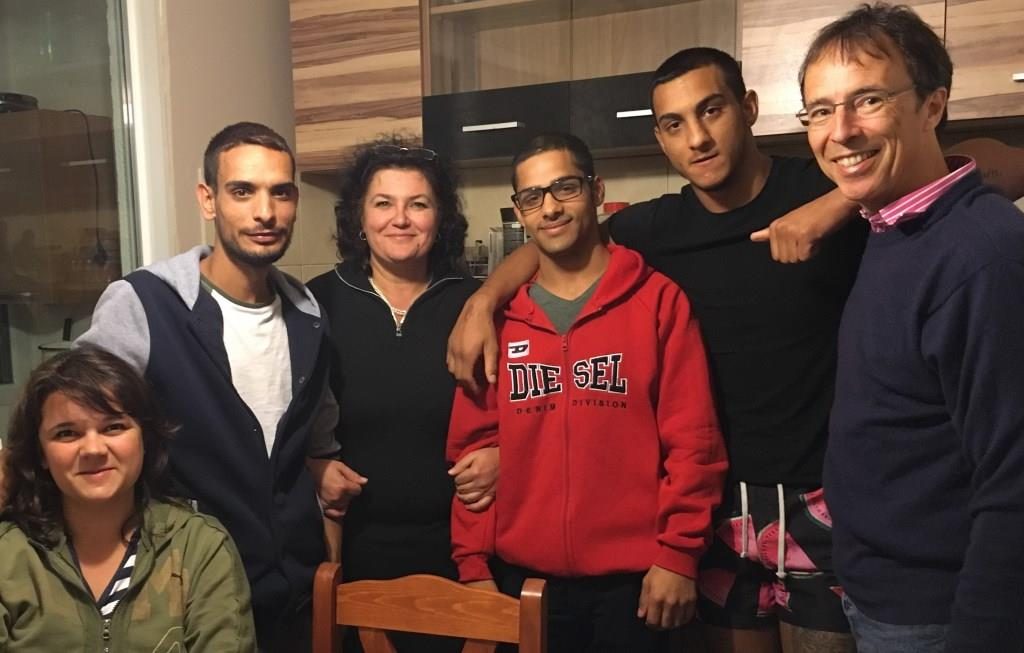 A keen judo practitioner, Todor (pictured 2nd from right) joined the House of Opportunity Programme from a Sofia orphanage a year ago. Back then, if you asked him about a career, he talked of becoming a night club bouncer. Like so many young people in state care the world over, Todor hadn’t done well at school, having not completed 12th grade. And no-one was really bothered.

His employment prospects were seriously limited. Todor was fast finding out, as life in the orphanage abruptly ended and he landed in the adult world with a bump, that having potential isn’t enough.

The House of Opportunity team set about putting things right. With their help and encouragement Todor enrolled in catch up classes at school. He took a job at FSCI’s social enterprise HOPe Restaurants. Individual members of staff coached him for the exams he had to take and “were like a mother to him,” says Tedi.

He even had mentoring support from executives at global company Experian’s Bulgarian office.

Graduating school in Bulgaria always involves a Prom and a party. The House of Opportunity in Lyulin made sure this was how it was for Todor and his friend, fellow orphan and House of Opportunity resident, Vesko. They even arranged a “nice car”. As Tedi Koleva says, “they couldn’t believe we did it…. for them!” But what proud parent wouldn’t?

Todor, Vesko and others have all benefited from small scholarships paid by Insurance Bulgaria. These will continue for those that move on to the next stage of education. As Chris Mould, FSCI CEO, says, “Helping a vulnerable, disadvantaged young person sort out that educational foundation, which is absolutely essential to a dignified life as an adult, is incredibly important. It is so good to work with partners who understand and are willing to make a long term commitment.”

Chris tells us people often ask him whether young, blighted lives can really be turned around; whether House of Opportunity really works. “Together we can,” he says, “but it takes us all. Please don’t leave it to others!”

Why not join in and help make a difference yourself? Every donation counts.