Until he was seven years old, Dragan lived with his mother, father and two younger brothers. They were difficult years. His father drank alcohol and was aggressive towards the children, especially Dragan. His mother didn’t protect them at all, just coming and going as she pleased. Dragan had to take care of his two younger brothers, which was too much for him. At seven he was placed with a foster family.

Four years of hell followed. Dragan experienced both physical and psychological abuse. After that he was briefly placed with another foster family before being moved again to a third one. Here he finally found peace and, for the first time, experienced a real family atmosphere. But, in accordance with Serbian law, he had to leave this family when he turned eighteen.

Dragan now had no-where to go and lived on the street for two years. This period was the hardest time of his life. Every day was a struggle for survival. At times he had nothing to eat for several days, although people occasionally provided him with food and shelter. Mainly, he slept in terrible conditions, without any heating.

A TV crew found him living in a cold room struggling to survive and reported his story. The staff team from the local House of Opportunity saw the report and took action. They got in touch with Dragan and in February 2017 he came into the House of Opportunity in Niš. Dragan often says that moving in was a very special moment since for him it was like “a personal salvation”. Here he was made to feel welcome and had the support and help of the team and the other young people. Leaving behind his own city, his foster parents and his memories wasn’t easy for him, but his new friends rallied round him. With the support of the House team he started learning the skills necessary for an independent life. 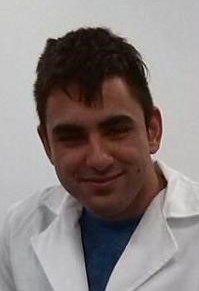 Dragan now has a job, which is a great personal success. He has learnt to cook and take care of himself. He is learning new ways of communication and how to control his anger. He gets on with other people and is cheerful and communicative. Every day he learns something new in the House of Opportunity.

Though he smiles a lot, Dragan can be very emotional and has tears in his eyes when he talks about his life and moving into the House of Opportunity. He says: “I feel that the House of Opportunity is actually my home and that these people are my family”. His goal is to earn enough to live independently and, one day, have a family of his own, giving them the love and support that he didn’t have as a child.