Roma mum goes to top of the class 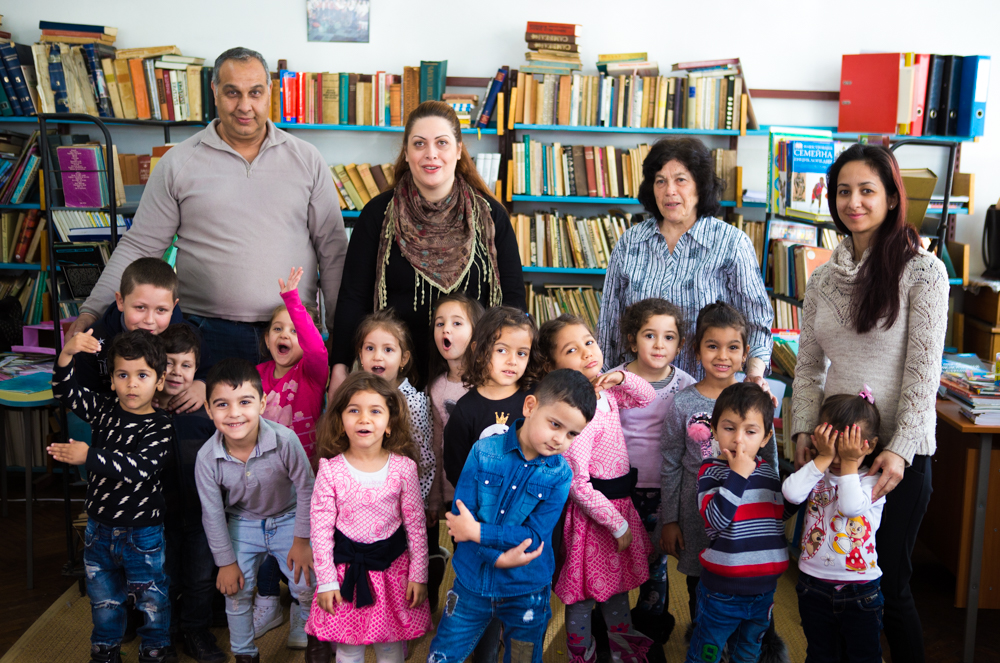 A Roma mum from one of the poorest communities in Southeast Europe has been inspired to join FSCI’s Early Years Education team. Recently, CEO Chris Mould visited FSCI’s kindergarten in Fakulteta, Sofia, the biggest Roma neighbourhood in Bulgaria, where the Early Years team is making an ever bigger impact.

“It was very encouraging. The memory that sticks most firmly with me is my conversation with a young Roma woman, Velichka, who works as a teaching assistant for us.  When we first opened the Fakulteta project she was persuaded to enrol one of her children. She became involved in the activities for parents. As a result Velichka then decided to volunteer from time to time at the Kindergarten. Her child graduated and is making a success of the next stage of education.

In the meantime, this Mum decided to apply for the teaching assistant vacancy which came up when the job-holder left to have a baby. When I visited, I asked her what effect all this developing involvement with our project had had on her. Velichka’s answer was simple and so powerful: “I’ve started studying to become a teacher”. Powerful and more meaningful than you or I might imagine because of where she lives, what her life experience has been to date and the social expectations that generally prevail in a deprived Roma neighbourhood like Fakulteta.”

FSCI’s Early Years Education programme is going beyond providing a pathway into school for Roma children. It is also empowering marginalised people like Velichka to take the initiative in being examples of how things can be changed. FSCI is working to develop a whole range of activities and services – using community kindergartens as a  basis on which local people can transform their personal prospects and their neighbourhoods.