Counting on a better future

Valeri* is an energetic young man, full of enthusiasm and possessing a compassionate outlook on life which sees him ready to help anyone. He is like this despite his background, and the problems he faces every day.

Valeri’s family life was always very difficult; both parents suffered from quite severe mental health problems. With limited input from his parents, Valeri’s communication and social skills were well behind other children, so he attended a special school for children with learning difficulties. He lived with the ridicule of his peers, who gave him a hard time over his parents, his schooling and his future. He feels shame about his time at the special school. 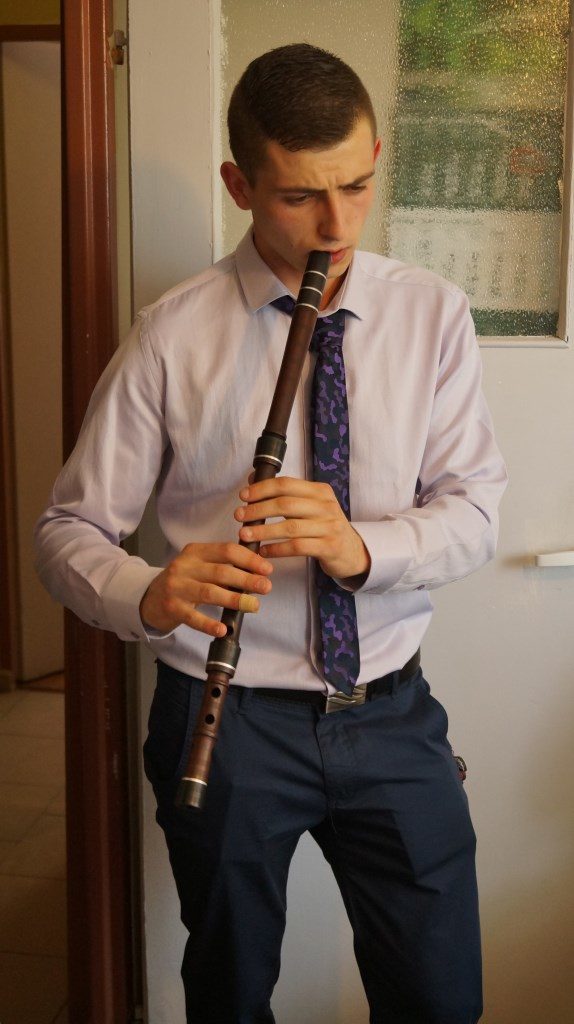 At the age of 47 Valeri’s father suffered a stroke. Valeri was 15 years old and his sister five when they were taken into care and placed into a child institution in Dobrich, Bulgaria. Valeri began to learn to play the kaval, a type of wooden flute, which he became very good at. After two years Valeri’s sister went to live with an aunt and eventually returned to her parents. She struggles a great deal with her home situation, and Valeri worries about her constantly and does what he can to help her. Valeri’s relationship with both parents remains strained, but he is not angry, he loves them both and wants more than anything to help them too.

After three years Valeri left the home he was living in and tried to make his own way. He had a series of seasonal jobs, but the life was very hard, and Valeri wanted more. After hearing about the House of Opportunity from a friend from the child institution, Valeri joined the programme at the age of 20, bringing with him years of hurt and the consequences of decisions made by himself with nobody to give him sound advice.

He has done very well at school and has many talents, including music, but Valeri is held back by debts which have been accumulated by his family and which he has taken on. A gambling habit which he developed in his late teens also caused him to fall into personal debt, but he has worked hard and broken free of this addiction. His debts need to be repaid, and until he is free of these, Valeri will receive the support of the House of Opportunity team to help him keep focused. He is now a student in Sofia University and is working towards a much brighter future.

Valeri wants so badly to help those he sees in need around him, but he needs a lot help himself. It may not be a certain thing, but thanks to the House of Opportunity he has a better than even chance of making it.