For one young man, a new House of Opportunity in Serbia cannot open soon enough.

Nicolas* has had his life on hold for a while now. His biological parents are part of a Roma community, from which Nicolas and his three sisters were removed when they were small. The siblings were split up and placed with different foster families. Thankfully, Nicolas is in touch with his sisters. He has no contact with his parents. 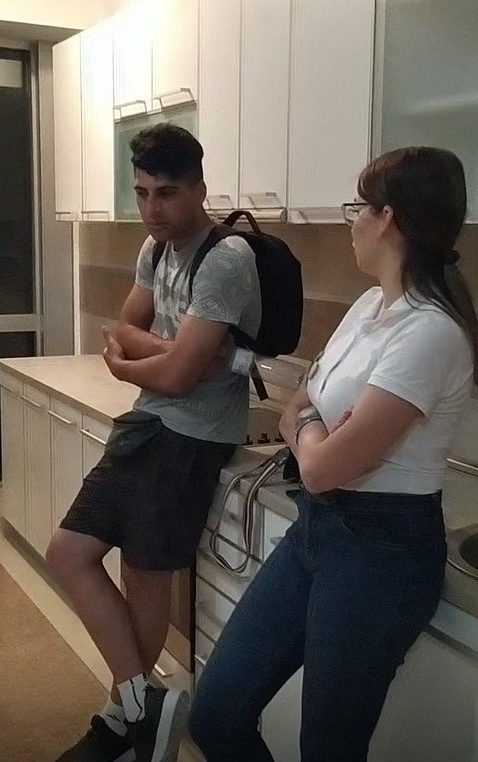 Nicolas checks out the new House of Opportunity

Life in foster care has been far from good for Nicolas. In his last foster family, he and two other boys suffered physical abuse. A court case is pending, and Nicolas will have to recount his experience at the trial. He has nowhere to live, being too old for the foster system, and no family to fall back on. Nicolas is at a crucial point in his life, and without positive options, he will be faced with some desperate choices. He is looking for an opportunity that will take him away from those choices and help him take his first steps towards secure independence.

Kragujevac is in central Serbia, midway between Belgrade and Niš, where FSCI partner organisation Center Star already runs Houses of Opportunity. “Late in 2019 we received a donation from a generous organisation to support our House in Niš, which means we can now use the budget we had allocated for that to establish House of Opportunity in a new city”, explains Tanya Drazilovic, Director of Center Star. “We had been talking to the local authorities in Kragujevac, so we knew that there was a need for our programme in the area. Nicolas’s case was one example, so we judged that we should get started on finding staff and making other preparations. We identified an apartment, and things were going well when the COVID-19 crisis hit, and everything came to a sudden stop. It was frustrating as we knew that Nicolas and others like him need the House. Thankfully, the lockdown in Serbia was relaxed on May 7 so we have been able to get things moving again”.

With the new House of Opportunity in Kragujevac back on track, Nicolas, and others like him, can have the support they need at a critical moment in their lives. Tanya again, “We see so many young people come from the foster system who are in desperate need of help. They were taken from their original families because of abuse or neglect when they were little, and when they reach the age of 18, they are left on their own. Too many of them have nowhere to go except the streets and everything that comes with that. This needs to change, but we are glad that vulnerable young people in Kragujevac area will now have the chance of something better with House of Opportunity. Nicolas is waiting on us – and we will welcome him as soon as possible”.