A new release of life

Bad start, bad parents, bad treatment, bad choices, bad outcomes. Luka* was a bad boy. Taking drugs and other people’s stuff had become a way of life. But after years of struggling, he now has the chance to turn his life around completely.

Abandoned into the Croatian care system at a very early age, Luka soon learned what many kids will when neglected: take what you can, when you can. His second foster family was where the problems really began. At five years old, he was woken up early every morning and dragged to his foster father’s workplace, where he was left to amuse himself. “I didn’t see a piece of chocolate or a fig that year”, Luka says, “I started stealing what I wanted. And I got used to it”.

Luka continues his story, “The third family was good, but I had learned to steal and kept doing it. I was there alone, without my brother who went to the orphanage. I didn’t want to go to school. At 14 years old I ended up at a children’s home and then began stealing seriously because I wanted to be sent to the same orphanage as my brother. I started getting drunk, I dropped out of school for a year. I ended up in the Educational Home. On the island, in the wasteland… That’s where I started taking drugs, smoking ten joints a day, pulling speed, swallowing candy, ecstasy, anything I could get my hands on – and there was everything in the home. I got a lot of beatings from other wards. They beat and tortured me so much that I didn’t know about myself. It lasted for six months, and it was as if it was six years”.

There was a brief, bright moment for Luka, when he began a catering course. “I was an excellent student. I was noticed by a professor, he stood up for me and behaved like a father and I will be eternally grateful to him for everything”. 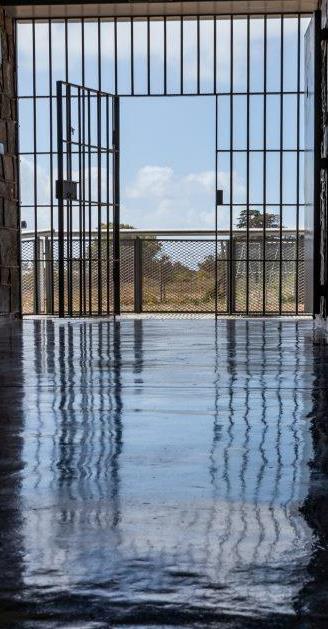 But this moment passed when he turned 18. He had to leave the Educational Home, and life took another bad turn. With nowhere to go, Luka was faced with an unenviable choice. Like many in his position, he sought out his original family. “I had to go to my parents, and I almost didn’t know them at all. They never gave me love. I got a job, and my father immediately asked me to give him half the salary for the loan he took out a long time ago, but he didn’t repay it. In June 2018, I was arrested. I confessed to selling weed to minors. I received 18 months in prison”. He shared cells with murderers and rapists. “I was scared, the bedding was torn, it was icy, the food was awful, for breakfast a slice of salami with bread. I lost 12 pounds in 38 days. When I came out of prison, I couldn’t sleep, I was constantly shaking”.

Not long after his release from prison, Luka came to the House of Opportunity in Varaždin. He has been in the House for six months and life is beginning to look up. Luka has a job, and friends, and the support of the House team. It’s going to take time, but he is finally in a good place, with good people and has a good chance of making something positive from all that has gone before. He writes songs and one day hopes to publish them. You know the kind. Bad boy turned out OK in the end.