The new House of Opportunity in Serbia is open!

Situated in Kragujevac, the House offers vulnerable young people without families in central Serbia a place to call home and find the support they need to make the difficult journey to independence. Every House that opens means that the FSCI network increases its capacity to help at-risk young people avoid the attention of those that would exploit them. The Houses of Opportunity have helped hundreds of young people; many have been prevented from being drawn into modern slavery, trafficked across Europe into lives of degradation and despair. So, each time a new House opens – the whole FSCI team gets very excited! 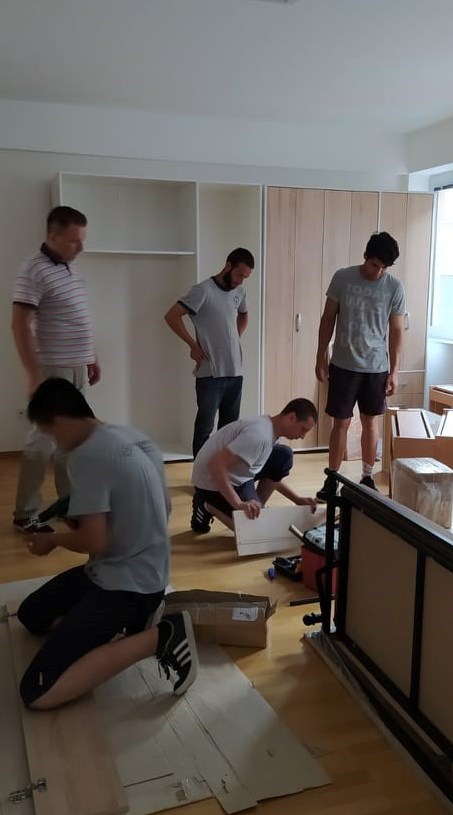 Residents are adapting to life in their new House; two have settled in, with another two due to join this month, whilst a fifth is going through initial assessment. A few weeks ago, we told you about Nicolas*, who had been waiting patiently for the new House to open and had even been helping the team to make it ready by assisting them with painting and decorating the apartment. Being the first resident of House of Opportunity Kragujevac, Nicolas is excited that he has an opportunity to move his life in a positive direction, after so many personal difficulties, but is aware that he is going to have to put some work in. “This programme makes me feel secure. I am not scared to look for a better job. You are with me and I trust you. Every advice you give me I know it’s the honest one, so I am trying to take it to better myself”.

After the challenges presented by trying to open a new House of Opportunity during the COVID crisis, the Serbia team are relieved and delighted to have gotten to this position. Tanya, director of FSCI partner organisation, Centre Star, “We had been really looking forward to opening our new House, but when the crisis hit, we had serious doubts about whether it would be possible. We thank God that that we have been able to persist through the challenges, and now we are looking forward to helping young people make the most of their potential. Potential that has not been recognised until now”.