By FSCIDecember 3, 2020October 6th, 2021House of Opportunity, Stories
No Comments

Saddled with a crippling debt, abandoned by his exploitative family, Vulko might have just given up. But that’s not how he wanted his life to go.

At ten years of age, Vulko was taken in to care by social services. He’d never met his dad, and his mother was not coping with him or his brothers and sisters. Placed into an orphanage in Vratsa, Vulko was bullied by the older boys, and drawn into some seriously bad habits. Without positive role models Vulko learned to manipulate through threats and violence.

Vulko had a couple of things going for him. He was always ready to give things a try. He was good natured too – but this was buried under a lot of pain and negative behaviour. However, these characteristics on their own weren’t enough when the time came for him to leave state care.

His first inclination was to find work abroad, but this didn’t go well, and he had to return to Bulgaria with no money and no prospects. He sought out his mother and this is where his good nature got him into trouble. 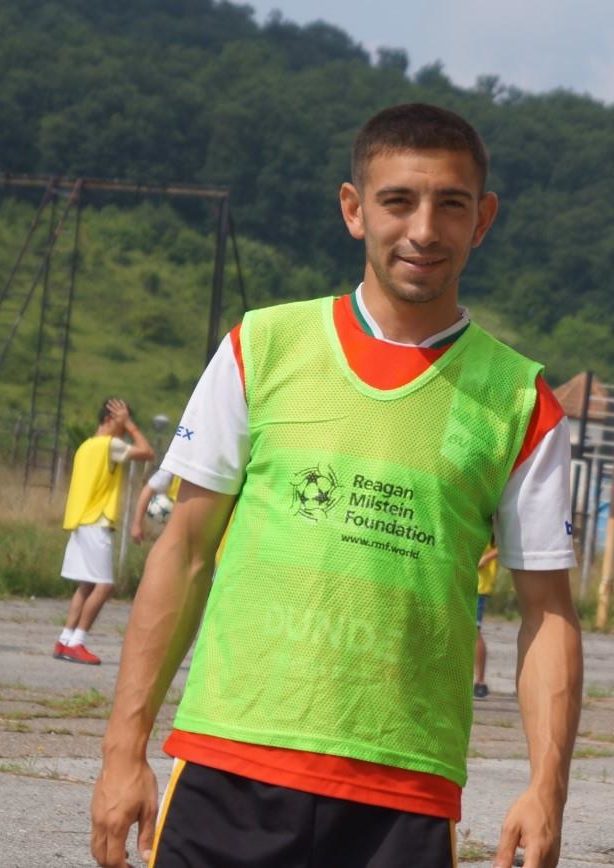 Vulko desperately wanted to help his mother, so she and the wider family exploited this by encouraging him to take out loans in his name and hand the money over to them. They had no intention of helping to repay and, of course, it was Vulko that owed the money. This, combined with a gambling problem, meant that Vulko was now saddled with some serious debts. Then his family kicked him out.

A friend from Vulko’s days in the orphanage told him about the House of Opportunity. Vulko, along with his debt, and his younger brother Valio, just out of state-care, joined FSCI’s programme in June 2018. Things were looking up, and whilst Vulko was about to learn just how hard getting out of debt was going to be, he was also gaining what he had long craved: people that would support him, and who he could rely on – a family.

Although the staff could see his good side, they also had to deal with his manipulative streak, and help him learn that the defensiveness and threatening behaviour he had learned when growing up were not the best tools for building the life he wanted. But Vulko was becoming focused. He could see something worthwhile ahead. Working with the House of Opportunity team, he finally had a plan to get out of debt.

FSCI has developed a good relationship with Hilton Sofia. The staff there are understanding and willing to work with young people who need that extra bit of support. Vulko began working at the hotel in autumn 2018, and did well. With a steady job, and a newly acquired grip on his gambling, he now had the means to start repaying the loan. As further motivation, FSCI was able to negotiate Vulko’s debt down by nearly a third. The pressure was on though – one missed monthly payment, and Vulko would have to repay the whole original amount. But he didn’t miss.

Along with the support of the FSCI House of Opportunity team, Vulko received a lot of encouragement from his new girlfriend, Yana. Yana, a student at Sofia University, also grew up in an orphanage and was now being supported by FSCI. Initially, the team were not hopeful that this new relationship would work, but Yana was a positive influence on Vulko, and was helping to bring some more structure to his life.

By the beginning of 2020 Vulko was well on the way to getting his debt paid off, and just before COVID struck, he and Yana were married. FSCI had helped the couple to find an apartment, and paid the first month’s rent. With the news that Yana was pregnant, the FSCI team and their partners at technology company, Experian, reached out to supporters who responded with donations of baby equipment and consumables.

Then, at last, came the day Vulko went debt-free! “It was a very emotional moment for the team when Vulko came to the office to tell us that he had paid off the last of his debts!” Boryana Madzhova, FSCI’s House of Opportunity Coordinator recalls. “He was extremely grateful for the whole long way that FSCI went with him – critical years in which he did not become a victim but succeeded through all the challenges and vulnerability”.

Young people coming from state-care often articulate a clear desire to have families of their own. It’s a powerful instinct, not easily dulled by negative experiences of childhood. Our FSCI Houses of Opportunity try to provide a positive family-like atmosphere. It’s certainly challenging to work with those whose families abandoned them, but we won’t give up on those who need the help. Vulko never gave up. And now that he is a father of twins – he won’t give up on them either! 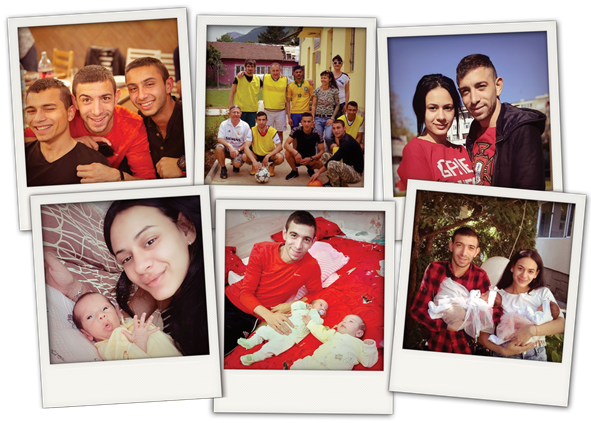