The gift of Hope

By FSCIJanuary 26, 2022February 2nd, 2022House of Opportunity, Stories
No Comments

She was an unwanted gift, an unidentified baby left in a cardboard box in an elevator.

A police patrol discovered her and took her to hospital. The social worker assigned to the case had to put a name on the paperwork. She and her daughter decided upon the name Nada, which means hope. It was Christmas time, so baby Nada’s birthday was put down as Christmas eve.

Nada was placed in Zvečanska, an institution for children in Belgrade. No adoptive parents were found. At the age of two, she was placed in a foster family near the city of Zrenjanin. 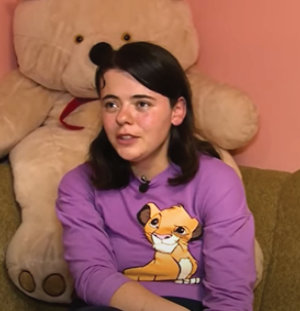 Nada was safe and grew up with rooms to sleep and bathe in, she says. She doesn’t talk of love in the family. Nada finished school but at the age of 20 she had to leave home and everything she knew behind. When the financial support for children in the Serbian foster system stops, there is often a complete severing of ties between the foster family and young person. Nada found herself unwanted again.

The sense of rejection was profound.

Nada started looking for her biological parents, but without success. There was no address on the cardboard box.

Nada returned to Belgrade, but with no family or friends, she was entirely on her own. Living in a shelter for adults and the elderly, Nada felt alone, and life seemed without hope. Nobody, it appeared to her, wanted to help.

One day though, in the autumn of 2021, the Center Zvezda team found Nada as they were making calls upon the various institutions they maintain relationships with. Nada now has support and a home at the House of Opportunity and told us “After shelter for adult people, when I came to the House, I thought I was in paradise. All looks very nice; my roommates are supportive, and I feel free.” Here at last Nada has found acceptance in a place where she can rest securely, think about what she wants to do with her life, and know that she will receive the help she needs to bring her plans to fruition. At last, Nada has real hope – the unidentified baby in the cardboard box, the unwanted gift, is now a young woman with a family, a home and a future. 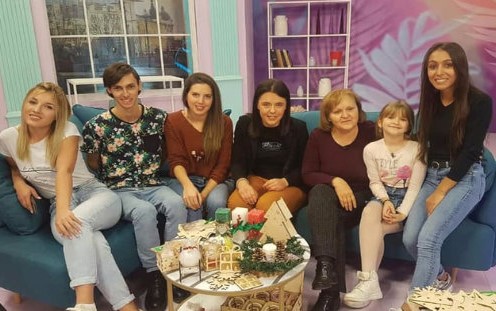