Christmas so far from home 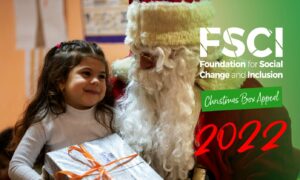 The people of Southeast Europe are having to cope with a great deal at the moment. The continuing war in Ukraine is putting a strain on families, economies and resources. Inflation is running at up to 40 percent in the region. All the while, the downward trend in population levels is steepening, separating one generation from another as younger working age people seek futures elsewhere in ever larger numbers.

Against this background, FSCI and its partners in the region continue to help families and individuals to realise their dreams and plans for a future where they can enjoy a life without the fear of falling into extreme poverty and desperate choices. One of the projects FSCI continues to run is its annual Christmas Box Appeal, which sees thousands of presents donated by its supporters in the UK distributed in Bulgaria every year.

“Sometimes we do wonder if we should continue with the Christmas Box Appeal”, says Rich Parsons, FSCI’s Operations Manager. “With everything else that is going on, it is tempting to think that time and resources could be used better in another way. However, when you see the reaction from those that receive the presents, you start to see that trying to calmly analyse the project is to miss the point. What price can you put on the joy of a refugee who receives a Christmas box during their lowest ebb, with the question of when can they go home hanging over them, and the fear of what they will find when they do not far behind? It may be a momentary thing, but to be lifted and encouraged with a simple present means a great deal. The same can be said for those who live in extreme poverty in neglected neighbourhoods, or those who don’t have a family. Thanks to our amazing donors, we can spread a bit of joy among people who really don’t have much to celebrate at all”.

FSCI supporters donated 7,588 presents to the 2022 appeal, which is wonderful considering all the pressures that families are having to cope with at the moment. Hundreds of people gave their time to check and pack the Christmas boxes in November. Over 140 schools, churches and businesses took part in the appeal. The Christmas boxes were distributed in Bulgarian orphanages, Roma communities, refugee centres, kindergartens and schools in poor neighbourhoods and senior citizen’s homes, among other places.

“We want to thank everybody who took part again this year”, says Boryana Madzhova, who coordinates the distribution of Christmas boxes in Bulgaria. “People are so grateful for the presents, no matter their age and circumstances. And please don’t underestimate what it means to the team here to be able spread a little happiness throughout Bulgaria. This is not something normal – it is special. Thank you!” 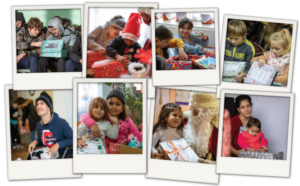