Social change and inclusion in Moldova

“Moldova is seen by many of its young people as a kind of bus station, somewhere you wait for an opportunity to leave”

Moldova is a small country facing big problems. High unemployment, poor prospects for young people and political uncertainty have led a high number of citizens to seek work abroad. Many thousands of children live without parents present for the majority of their childhoods. The cohesion that communities need has been broken down, and the link between one generation and the next is missing. This is leaving young people with very little in the way of a future to look forward to, vulnerable to poverty and to those that would exploit them.

The Building Resilience in Vulnerable Communities (BRVC) programme will work long-term, over at least five years, to begin transforming the prospects of these children and young people.

From March 2022, Moldova faces a new challenge: The integration of 100,000+ mainly women and children who have fled the war in Ukraine. These vulnerable families will also benefit from the BRVC programme.

The BRVC programme brings experience and practice from across the FSCI network to bear on a particular set of challenges. It will work at three levels:

A nationwide programme designed to give young people the tools they will need to become successful adults. Delivered as part of the public school curriculum for teenagers. 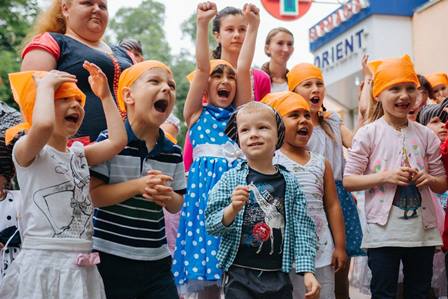 Enabling children with limited or no parental input to access education. Offering family support programmes for single parents and carers, and art therapy.

Combating exploitation and trafficking and preventing poverty among at-risk young people, especially those leaving state and foster care, through residential training and support.

Beginning of Life (BoL) are FSCI’s official partners in Moldova and will be leading the delivery of the BRVC programme over the next five years. The BoL team has a wealth of experience and a long track record of developing innovative and impactful projects over the last twenty years, and have transformed the lives of hundreds of young people. You can find out more about them here.

…and the start of something even bigger

FSCI will be supporting the development of Houses of Opportunity in Moldova. Likewise, BoL will be helping FSCI to develop its Early Years Education Programme in Bulgaria along the lines of BoL’s Early Development Centres and to introduce Way to Success as well. This collaboration will lead to better lives for marginalised children and communities, and in time we very much hope that these programmes will be launched across the whole of the greater Balkans region, wherever there is need of them.

You can help to make this happen. Donate today and transform the lives of children, families and young people throughout the Balkans!